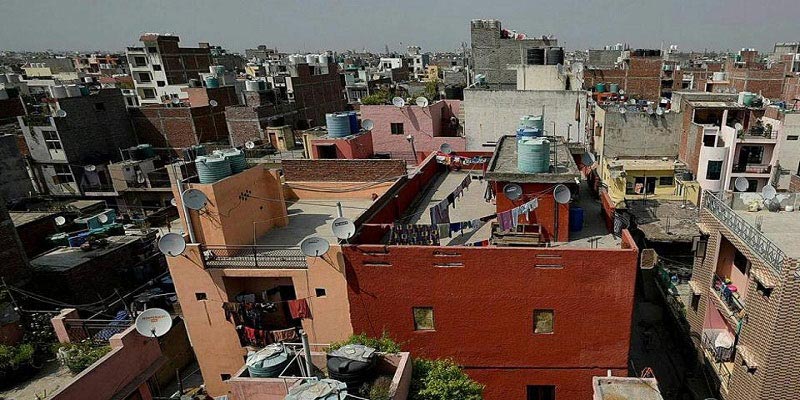 What Does The Bill Entail?
The Bill that approved by the Union Cabinet seeks to regulate the unauthorized colonies existing in the National Capital Region including Delhi, Faridabad, Gurugram, Ghaziabad, etc. The proposed bill is to be introduced in the Lok Sabha on Thursday and if it is passed, the residents of the unauthorized colonies of Delhi will get an ownership certificate.

"Delineation of the boundary of unauthorized colonies is the starting point of the process as per regulations. However, the Delhi government could not delineate the boundaries of these colonies even after 11 years of issuance of the regulations and has sought more time up to 2021 to complete this exercise," an official statement had said on October 23.

Bill Approved By Cabinet On November 20
The National Capital Territory of Delhi (Recognition of Property Rights of Residents in Unauthorised Colonies) Bill, 2019 has been introduced in the House by the Union Housing and Urban Affairs Minister, Mr. Hardeep Singh Puri. On November 20, the Finance Minister of India, Honorable Nirmala Sitharaman has declared the approval for the bill from the end of the Union Cabinet. However, it was to be passed to the Lok Sabha and the hearing for the same was to take place on November 28. And even the Lok Sabha passed this bill and presented the residents of unauthorized colonies the much-needed ownership right.

Decision On 28 November 2019
A landmark decision has been taken by the Lok Sabha on the 28th of November, 2019. The Lok Sabha passed the proposed bill that gave ownership rights to the residents of the unauthorized colonies. As per the judgment, over 1,731 colonies would become legalized. On Saturday, Union Housing and Urban Affairs Minister, Mr. Hardeep Singh Puri announced that these residents could apply for their ownership rights on an online registration portal which is in the testing phase currently. The registration process would commence on December 16. However, this bill does not cover 69 of the affluent and post unauthorized in areas like Mahendru Enclave, Sainik Farms, Anantram Dairy, and 66 others.

Registration For Ownership
Once the registration portal would be launched, it would be very easy for the residents to apply for the ownership rights. They can simply bring forward their power of attorney, will, possession documents, agreement for properties for sale in Delhi or purchase, etc., and get the property ownership rights for it.

Controversies Around The Bill
The current government in Delhi, the Aam Aadmi Party had been accusing the Center of not bringing in the bill to fruition as they had promised. However, now that the bill is passed, talks are rife that this decision is politically significant for the 2020 elections. It is believed that the passing of this bill would be advantageous for all the people who have migrated to the capital city and are living in unauthorized colonies. This populace of poor migrants was the main support that the Aam Aadmi Party received during the 2015 elections. As the ownership rights have been given to the unauthorized colonies, it is believed that this would sway all the migrants towards AAP and benefit them in the Assembly elections which are due in 2020.