All about cloud seeding in the UAE

WHAT IS CLOUD SEEDING? 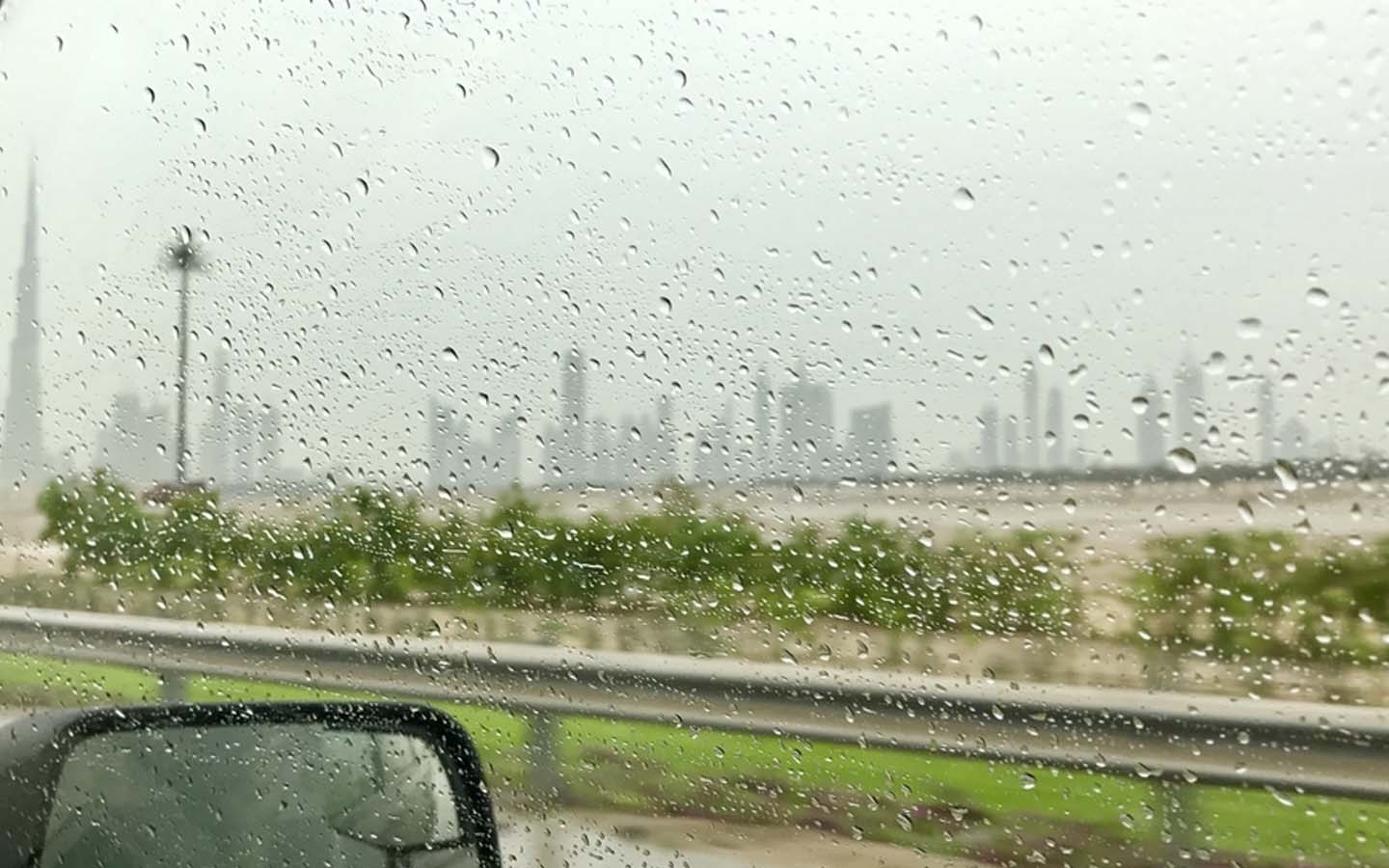 Cloud seeding helps increase the volume of rainfall in a region

Cloud seeding basically is a technique to enhance the clouds with condensation nuclei, creating the ideal atmosphere to improve rain yield in the clouds. Cloud seeding is not synonymous to “creating” or “making” rain. The process engineers heavy clouds to expedite the condensation and enhance rainfall.

Cloud seeding is used across the world to battle droughts and weather extremities. Cloud seeding in the UAE is not a new phenomenon. The initiative was launched and has been operational for over two decades now.

WHY IS CLOUD SEEDING IN THE UAE SO IMPORTANT?

According to the UN, about 14 per cent of the world population will face water scarcity by the year 2025. This shortage of water is expected to be worse in arid countries like the UAE; the region typically gets an estimated 120 millimetres of annual rainfall and sometimes, even lesser. The UAE cloud seeding initiative is part of the government’s attempt to deal with the existing and future water needs of the country’s growing population.

The UAE Research Programme for Rain Enhancement Science (UAEREP) was launched in 1990. Since then, the initiative has remained dedicated to employing time-evolving technologies and practices to create an additional source of water for the country.

Of course, there are other ways to secure tangible water sources – desalination plants being the most viable ones for the UAE. However, when you compare the costs, cloud seeding in the UAE costs far less than desalination. 1 cubic metre (1000 litres) of water extracted via cloud seeding costs around AED 4, while the desalination of the same amount costs almost AED 220.

The UAEREP undertook almost 200 rainmaking missions this year, out of which there were eight carried out in October 2019. The October seeding operations alone helped the UAE collect 6.7 million cubic metres of water in reserve. These statistics clearly demonstrate the significance and advantages of artificial rain in the UAE.

HOW IS ARTIFICIAL RAIN IN THE UAE MADE?

The UAE has always been a farsighted nation. It was one of the first countries in the Middle East to adopt cloud seeding technology to increase its existing water sources. The country uses the latest available technologies paired with sophisticated radars to observe the atmosphere and the related changes at all times. In case you’re wondering how is cloud seeding done in the UAE, there are three different procedures. 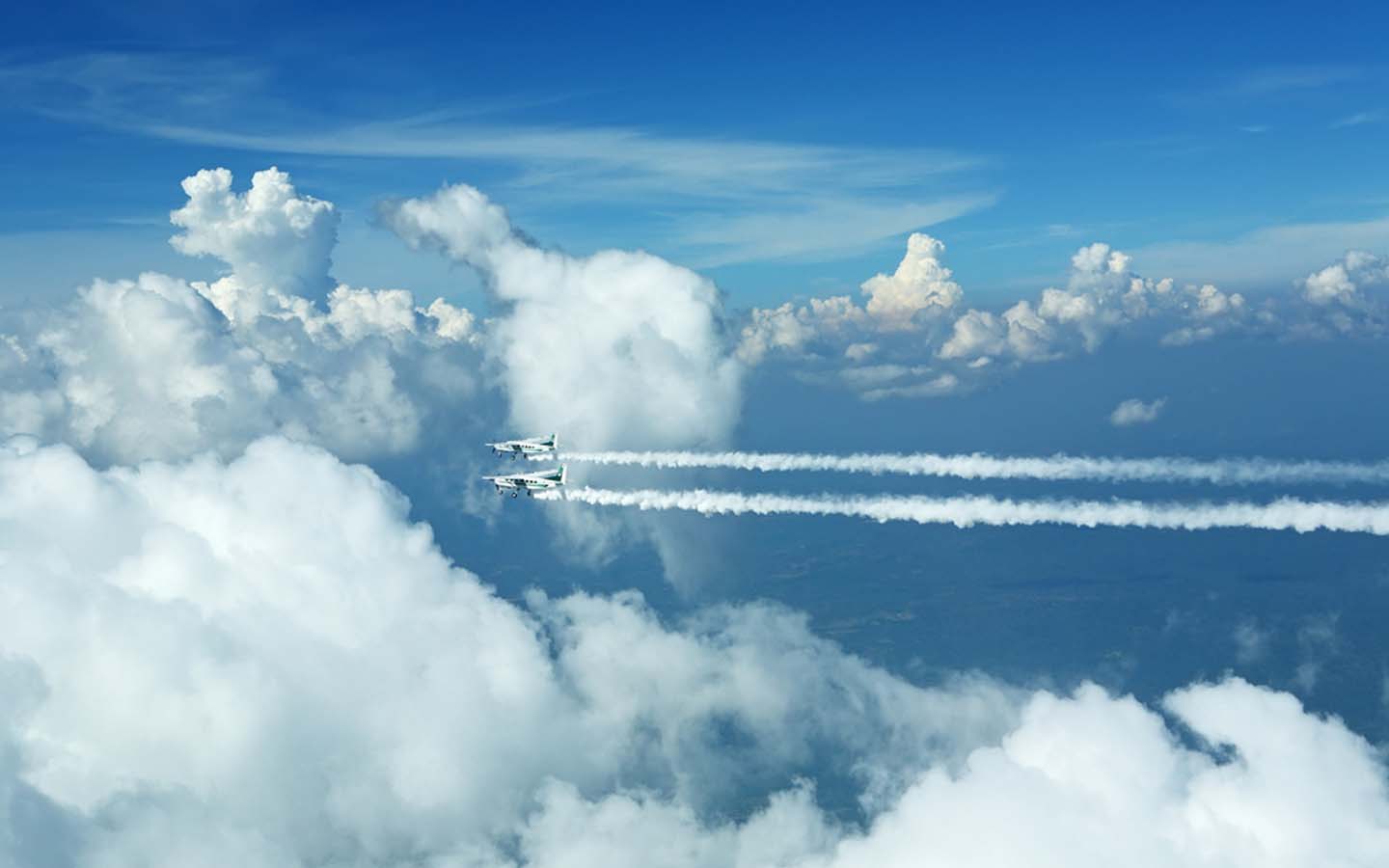 The aeroplanes release salt flares into the clouds to increase rainfall

Clouds in the atmosphere have two masses of air – the upper draft and the lower draft. The flares are dropped into the upper draft that sucks them in as they burn the salt particles. The burnt salt particles attach to the moisture droplets already present in the clouds resulting in the formation of heavier, bigger rain droplets because of condensation.

For cloud seeding in the UAE, the National Centre of Meteorology (NCM) targets the dense clouds moving over the Arabian Gulf, in an attempt to increase rainfall yield by at least 15 per cent.

The second of the two methods of cloud seeding used in the UAE is the weather modification system. This system involves ground generators – currently placed in the mountainous terrains of the Hafeet and Fujairah areas. These generators shoot salt flares into the clouds from the ground, instead of dropping them from the plane to for increased rains.

Given the overall cloud seeding impact on the UAE, the country is always in search of new and efficient technologies to create rain. Lately, the NCM is experimenting with a new cloud seeding method that involves nano-technology. So far, this method has been tested in the northern and eastern regions of the UAE. Through this technology, the NCM hopes to make cloud seeding in UAE more effective and achieve more rainfall.

This new cloud seeding technology uses salt crystals enclosed in titanium dioxide nanoparticle veneers as opposed to flares. These crystals are then injected into the existing clouds to make rain particles in them denser and more likely to pour down as rainfall.

That’s all we have for you on cloud seeding in Dubai and the UAE. Artificial rain in UAE has helped the country battle extreme temperature, weather and create favourable environmental conditions for all.

Thanks to cloud seeding, rainfall is now a recurring phenomenon in the country. Sometimes heavy rainfalls lead to slight inconveniences in everyday life, but as long as you know how to deal with the rain – you can keep yourself and those around you safe.

The UAE’s farsightedness is not just limited to creating alternative water sources for its people. The country is determined to excel in economic and social standards to become one of the best places to live on Earth. The same agenda is also visible in the UAE’s theme for the next year, 2020: Towards the Next 50.

For more interesting news and updates on the UAE, stay tuned to MyBayut.